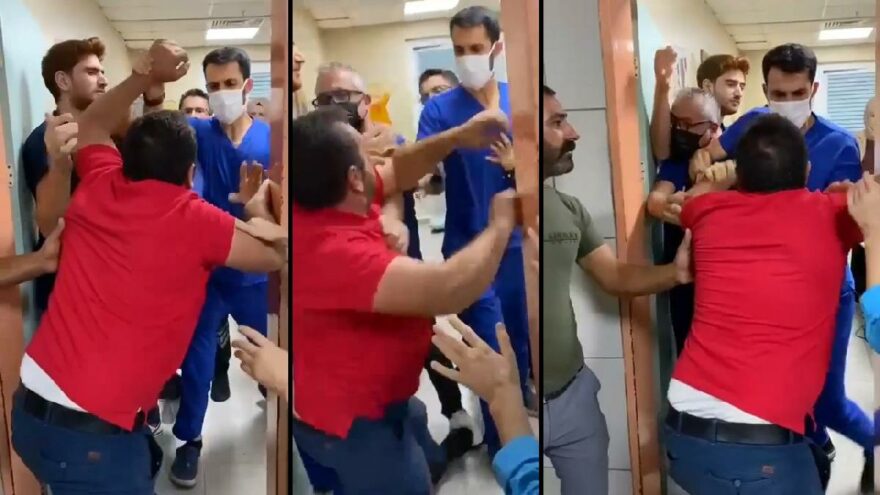 In the incident that took place at the Yuksek htisas Training and Research Hospital in Bursa’s central Yildirim district, at around 23.00 last night, a doctor working in the Pediatric Emergency Service, Fatima Bostan, allegedly alerted Vedat O, who had brought her baby. To check, to wear a mask.

refusing to wear a mask

Vedat O refuses to wear the mask and asks the doctor to treat his child. Vedt Oyu, who once again raised his voice after Doctor Bossa’s warning, was trying to pacify the security of the hospital, and police teams were informed of the situation.

The angry father who tried to attack the doctor said, ‘You will take care of my child,’ Dr. Fatima Bagh threatened. Other doctors and hospital security personnel pacified Vedat O, who was evicted from the room, with great difficulty.

Doctor. While Fatima was complaining about the Bostan attacker, Vedat O was taken into custody by the police teams. Vedat O., whose statement was taken at the Yildirim District Police Department, was sent to court after the proceedings. Vedat O. was released by the court on the condition of judicial control of duty where the charge of insulting the officer-in-charge was leveled. (DHA)