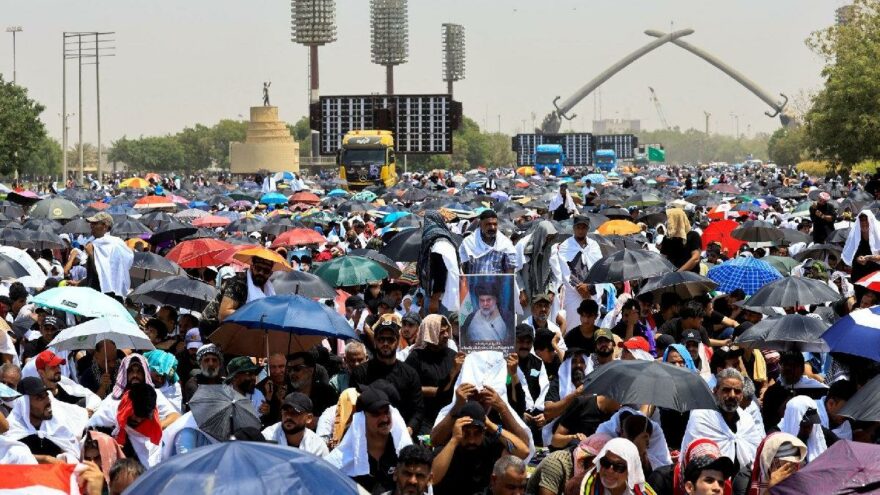 Supporters of the Sadar movement, who occupied the Parliament building in the Green Zone in Iraq’s capital Baghdad, today showed their strength by offering mass prayers in the square in the Green Zone.

Thousands of supporters of the Sadar movement gathered at Baghdad’s Vishal Square today for Friday prayers. Despite the heat, the crowd gathered, took away the paintings of Sadar.

Hundreds of supporters of the Sadr group, who objected to the Iran-backed Coordinating Group, led by Shia leader Muqtada al-Sadr, to name all Shia parties under their roof, except the movement to name Mohammed Shia al-Sudan as head. collects below. The minister entered the green zone on 27 July and stormed the Parliament building. While the Iraqi parliament was occupied by Sadr supporters, Muktada al-Sadr, in a statement on his social media account, called for parliament to be dissolved and early elections.

The Sadr movement emerged as the first party in an election held in October, but withdrew its representatives from parliament because it could not form a government except through Iran-backed Shia rivals.