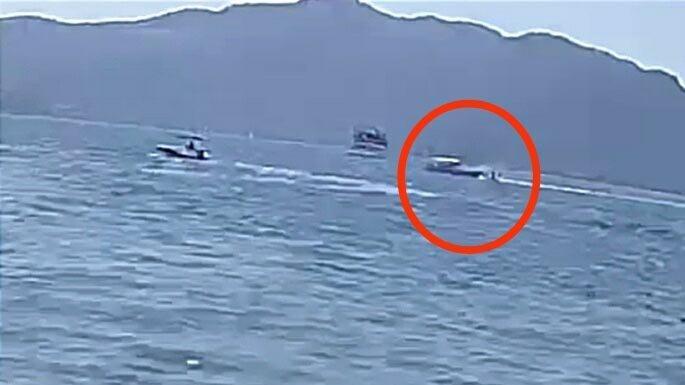 The accident happened yesterday at around 13.30 in Ujunyali area of ​​Marmaris. Tamer Yisit Gungorn’s speedboat, belonging to the water sports business, collided with the tour boat that made up the Marmaris-Turunak expedition.

Those who saw the situation called the 112 emergency call center. Coast Guard Command teams were sent to the accident site with information. The teams determined that a female tourist named Anna Capuano, a British tourist, had died on the speedboat.

Tamer Yisit Gungor, Miravat Jakmara (43), Lush Allin (21), Peter Oxford (40) and Klein Svetilu (19) were injured in the accident. Two of the injured were taken to Marmaris State Hospital and the other three were taken to a private hospital in the district and treated.

After the prosecutor’s examination, the tourist’s body was brought ashore by the Coast Guard and taken to the Musala Forensic Medicine Institute morgue for autopsy.

Coast Guard Command teams detained Tamer Yisit Gungor, who was discharged after treatment at the hospital, and MY, the owner of a water sports business, into custody.

One of those suspects, Tamer Yisit Gungor, who was brought to court at the courthouse, where he was transferred after procedures, was arrested, and MY released after judicial control. (DHA)