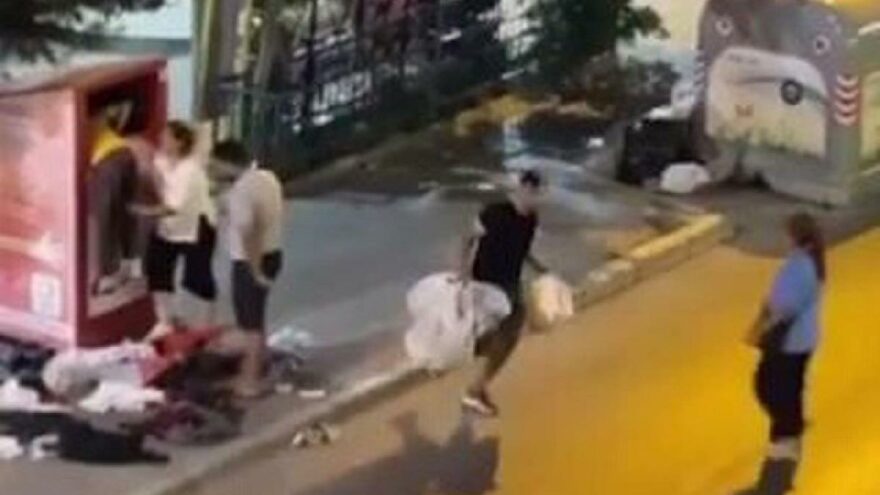 The incident took place on 3 August on Iski Izmir Street. 5 people, 3 of whom were women, got out of a car and came across a cloth box that the Turkish Red Crescent had kept for those in need and where the clothes were collected.

The miscreants opened the cloth box and took out the clothes inside. While the suspects took the clothes of their choice from the clothes kept on the ground, those moments were recorded by a citizen on his mobile phone. The police have started investigation into the incident after the complaint.

Police teams traced the license plate of the car, caught the suspects and took them into custody in no time. On searching the trunk of the car of the suspects, stolen clothes were also found from the clothes box.

At the same time, 5 suspects, including 3 women, were taken into police custody after a health check-up. The 5 suspects whose process was completed in the police station were referred to the court. It is learned that while MS, SS, TS and BS were arrested, KS was released on the condition of judicial control. (DHA)