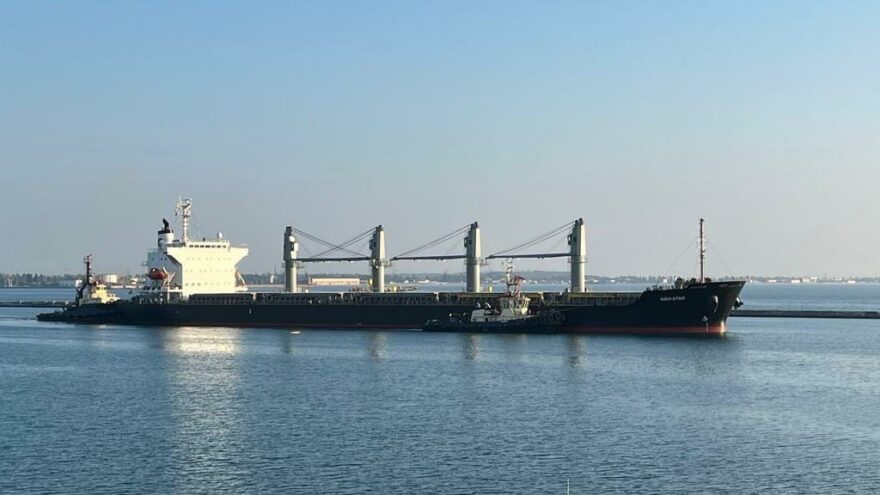 Within the framework of the Grain Shipment Agreement signed by Ukraine, Russia, Turkey and the United Nations (UN) in Istanbul on 22 July, 3 more corn-loaded ships sailed from Ukraine.

In a statement made by Ukraine’s Minister of Infrastructure Alexander Kubrakov, we expect the security guarantees of our United Nations (UN) partners and Turkey to continue. Talking about ships preparing to come to ports to buy grain from Ukraine, Kubrakov said, “We aim to export 3 million tonnes of grain every month from our ports in Odessa, Kornomorsk and the south. He added that Not only the economy of Ukraine, but the world also needs it.

The dry cargo ship RAZONI with the flag of Sierra Leone, carrying Ukrainian grain, set sail from Odessa Port for Lebanon on August 1. It was said that the ship carried 26 thousand tons of corn and it was said that Ukrainian merchant ships would accompany the cargo ship for a certain distance.